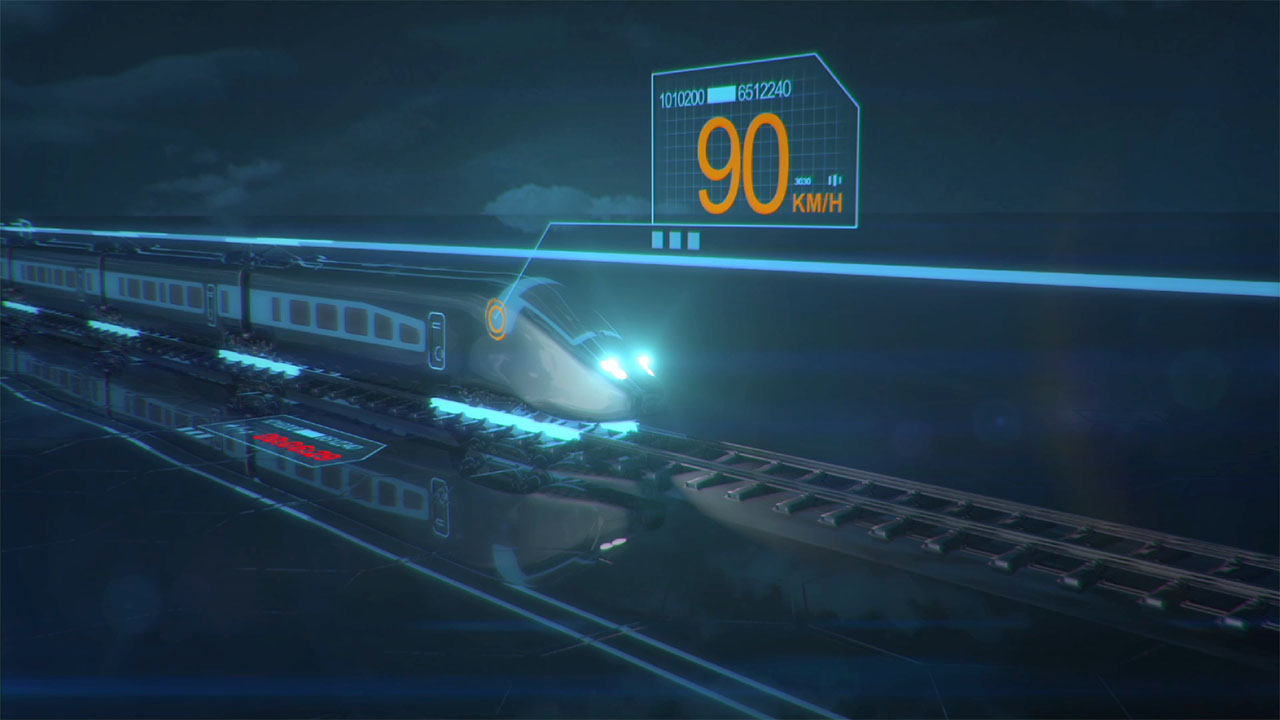 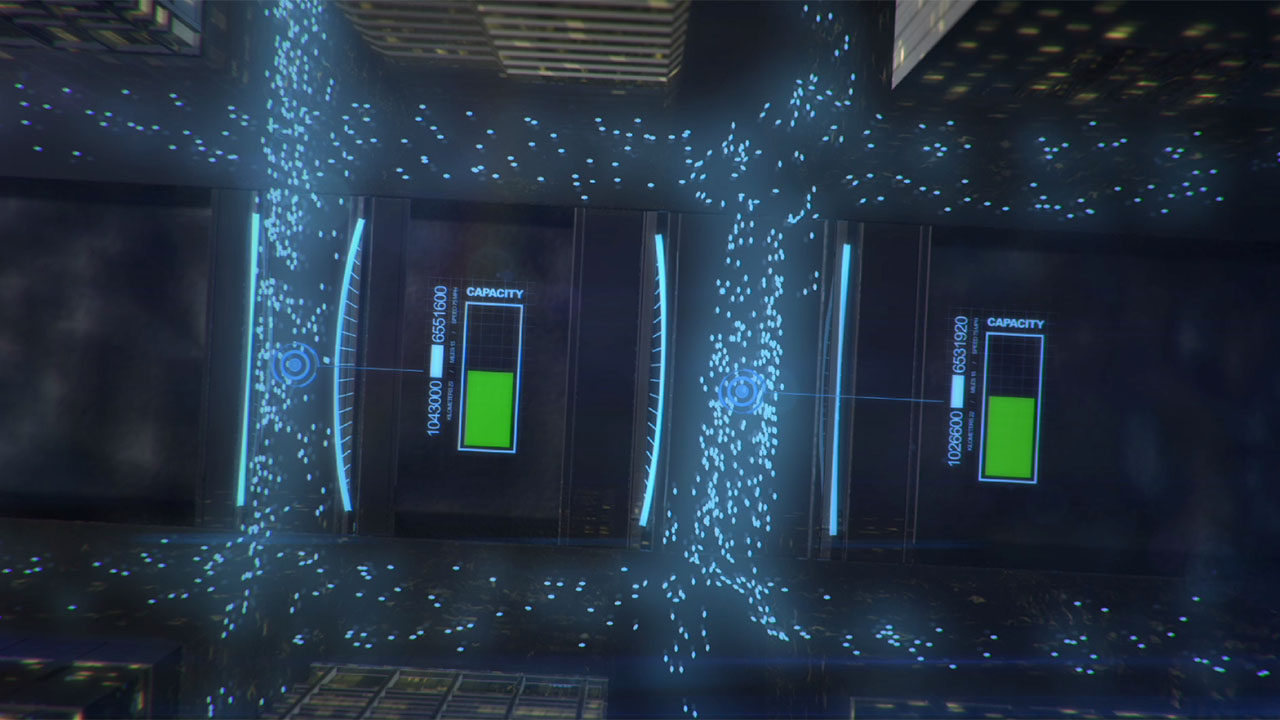 Creating the particle system for the 'traffic' in this shot was much more complicated than expected. 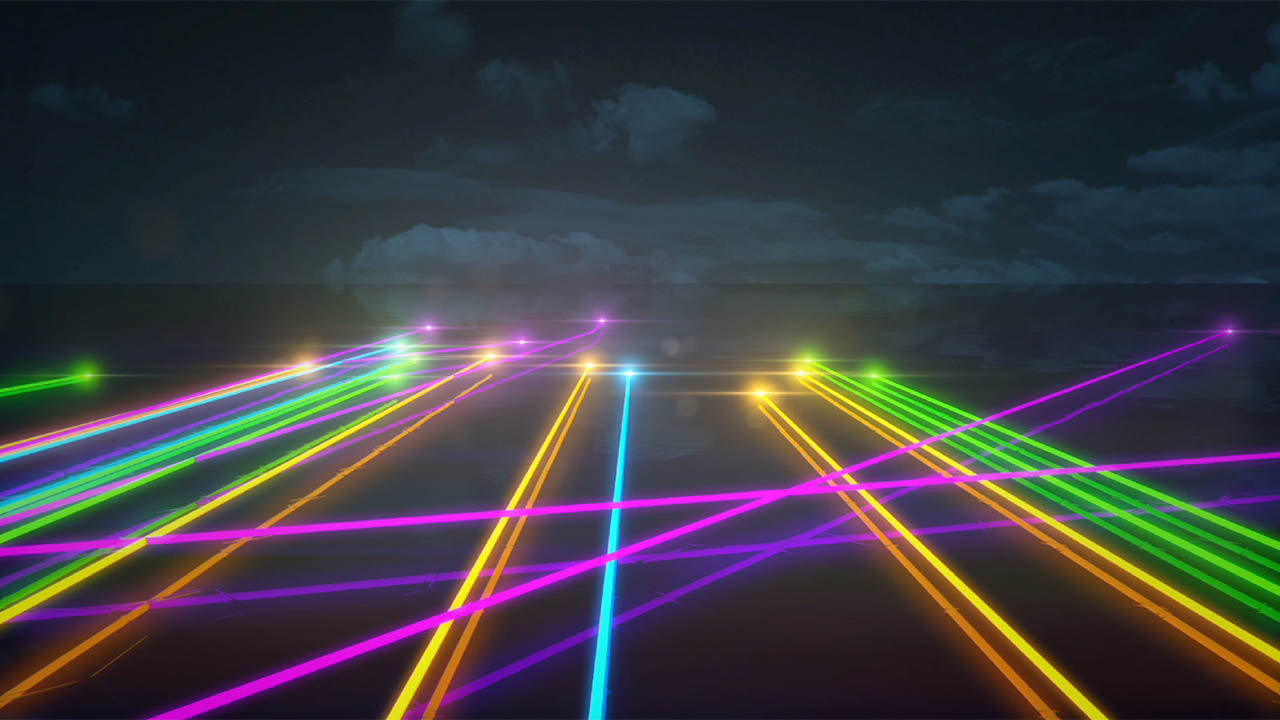 Sparks of energy; ideas that branch out into new ideas

A corporate video designed to allure investors, this project was a huge undertaking in not enough time. The 'look and feel' had been figured out in advance, but there was nothing like a deadline to galvanise a client into nailing down some decisions!

Made with 3D studio Max and composited in After Effects, there is so much to talk about!

The TRON look was surprisingly easy to replicate, and has the advantage of needing less render passes. Since it's mostly about glow, some shots were as simple as a beauty pass, a glow (self-illumination) pass, and a final gather (indirect illumination) pass. Though I would generally have more, typically reflections and ambient occlusion, and sometimes a Z-depth pass as well.

You may notice in the breakdown video that the sky sometimes changes part way through. This is because the producer liked a certain look to the sky, and didn't want me to deviate from it. Often, this was fairly simple to do in the composite.

One shot I'm proud of is the one with the bridge that pops in and then embiggens to alleviate traffic congestion. It is perhaps not the most beautiful (though I feel it's not bad), but the traffic is actually a particle effect that was surprisingly complex. This is where good old pFlow in Max saves the day. I suspect that Thinking Particles may have been up to the task as well, but whatever the case, it was more complex than it at first appeared (and, probably, is evident in the final video). Something similar applied to the sparks of coloured energy.