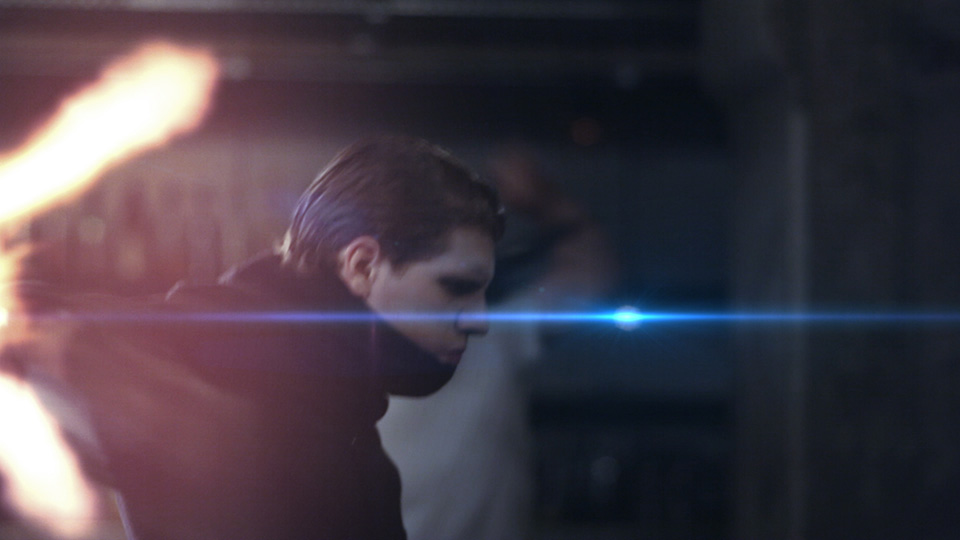 My very good friend Chris Chung was, in fact, the first friend I made in London, and he was lucky enough to find me at my hungriest -- so hungry, in fact, that I agreed for him to pay me in (gratefully received) sandwiches! Our second collaboration was Equilibrium: The Mercenaries, an extension of the film that starred Christian Bale somewhere between Bateman and Batman, and yet another guaranteed on-screen death by Sean Bean.

Mercenaries was built around the idea of the gun kata, which is probably the single coolest moment in the original film, and Chris came up with this tiny snippet of story. The agents that Bale put out of work in the original film are now mercenaries, earning their keep from the highest bidder. You should watch the film before I talk about the VFX...

Much of the work was adding muzzle flares from the guns, though there are some more interesting bits, such as adding blood splatter and pools of blood in a few shots. 2 shots at the end, where the old guy lies dying in his own blood, presented a satisfying challenge in tracking the shot using only AE tracks -- 3D tracking software was not an option, and the footage was too indistinct for Mocha. So painstakingly tracking several points, one at a time, yielded enough data to make an ad-hoc planar track. I can't entirely remember what I did, but I do remember feeling especially proud of finding the solution!

I also did some colour-grading and added lots of lens flares -- the director did seem to love them! 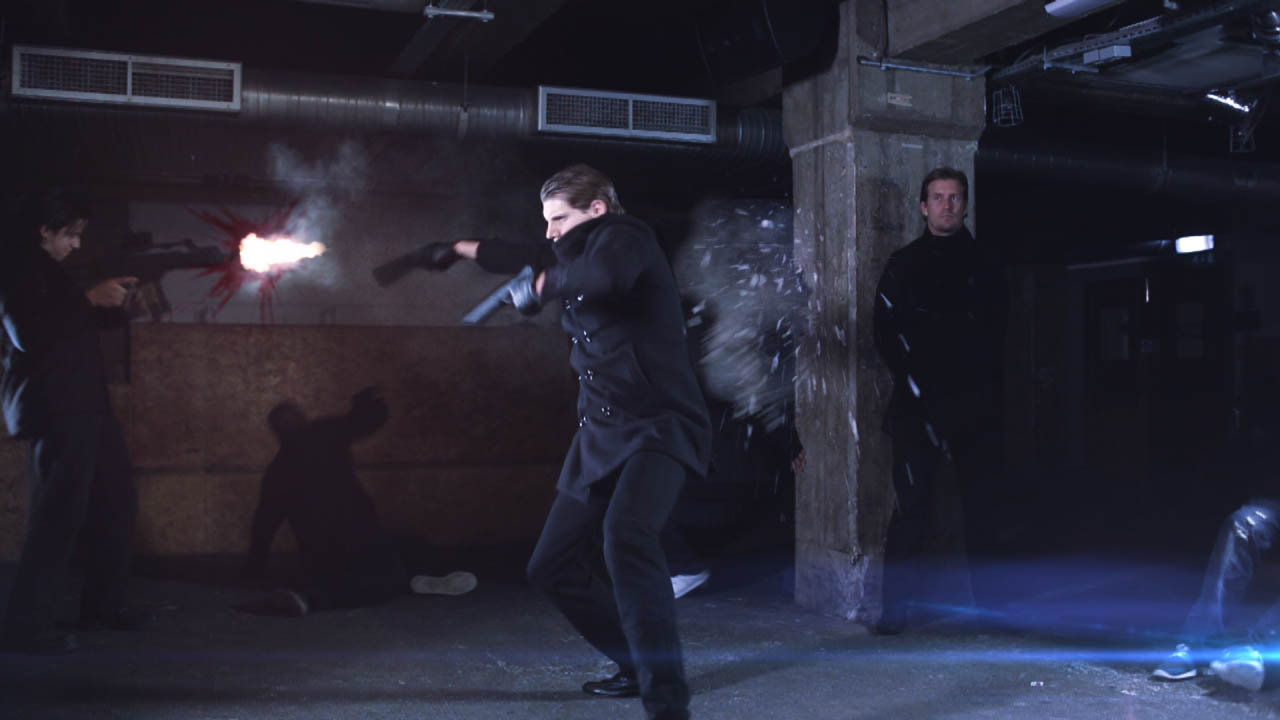