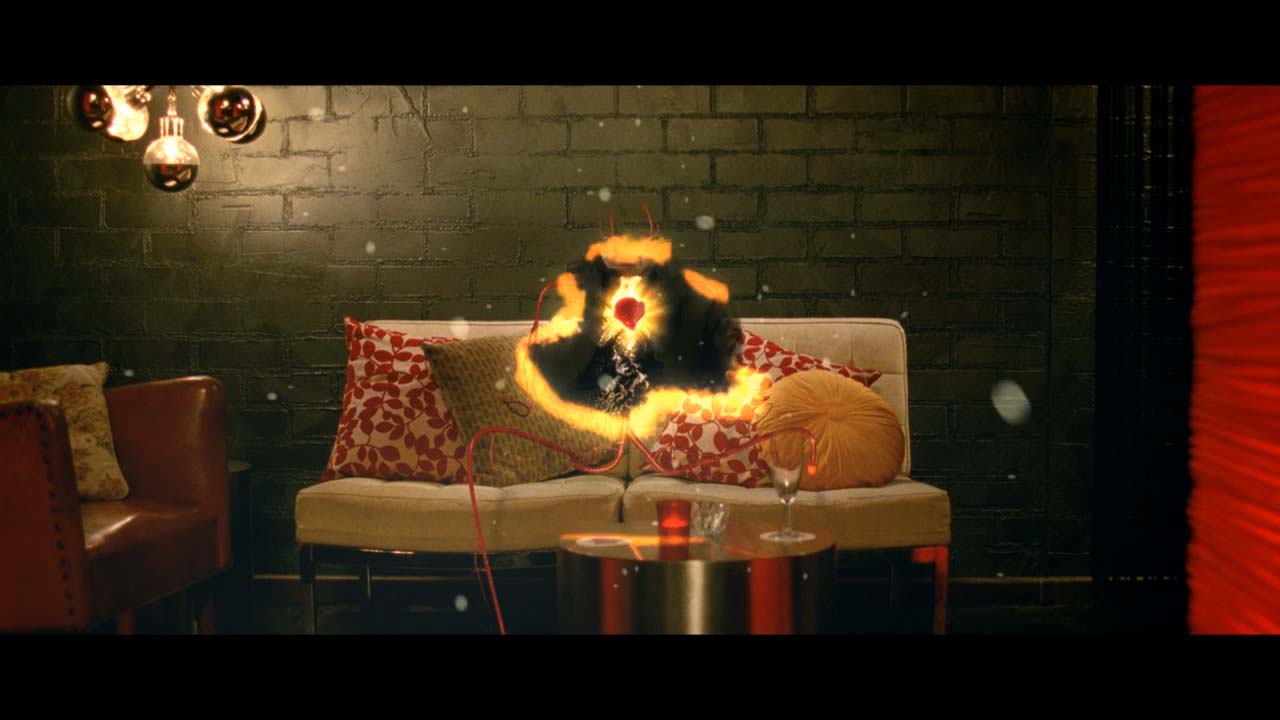 One of my earliest professional film VFX jobs, this one came about when my former work colleague, Melvin J Montalban, needed someone to add some VFX to the film project he was directing over at AFTRS.

The work revolved around just a few shots. The main shot was the transition that took Cupid from invisible to visible. I modelled up a Cupid's arteries in a stylised manner (no veins or capillaries), and transitioned from there using wiping techniques and lots of glowing stuff. This was linked to a stylised 2D heart graphic which I animated. It all gets activated by a stream of particles that fill the room like fireflies.

The other shots I worked on were simply to replicate the heart animation from Cupid onto the female lead, but with hers calm and steady, in contrast to the rising beat of Cupid's.

I feel that I could do these shots so much better now in a fraction of the time, but it was still early in my career and this was a great challenge to rise to.